Cedric Burnside Live Performance from the Record Store Balcony! **POSTPONED DUE TO WEATHER** 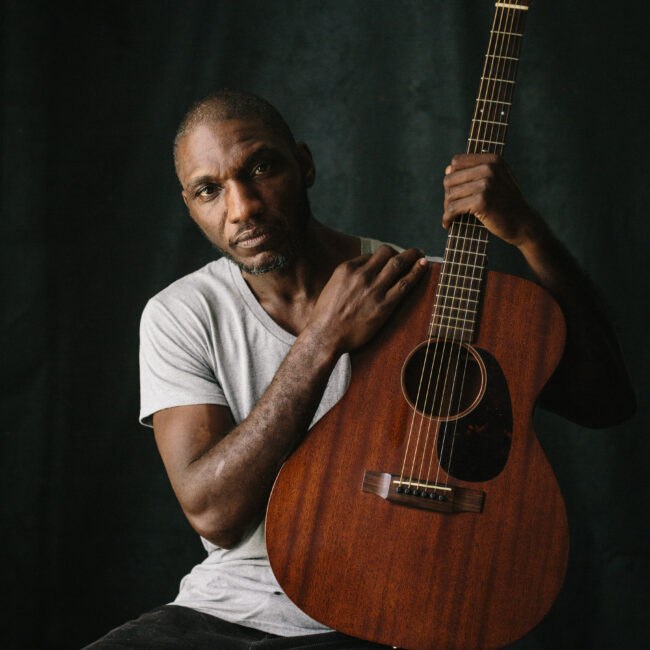 UPDATE: The October 23rd performance is being postponed due to stormy weather. Stay tuned for the new date!

We are excited to announce a very special live performance with Cedric Burnside on Friday, October 23rd (5 p.m.) from the record store balcony overlooking downtown Oxford.

Cedric’s last album, Benton County Relic was nominated for a Grammy, and we’ve got plenty of copies for sale in the shop. His next album comes out in 2021.

This is a rare all-acoustic solo show!

This show is FREE and all are welcome.

Thanks to Visit Oxford for co-sponsoring this event with us, and thanks to the Yoknapatawpha Arts Council for helping with the sound.

Attendees can watch the show from the street below the record store. Please wear your mask and maintain social distancing protocols from other attendees. Oxford’s Finest will be present to make sure everyone follows the rules.

Take one glance at the iconic tintype photograph which serves as the cover to his new album, Benton County Relic, and you know immediately that Cedric Burnside is the real deal. “When I first saw it, I thought I looked like an outlaw,” he laughs. The 39-year-old still lives on several acres not far from the Holly Springs, Mississippi, home where he was raised by “Big Daddy,” his grandfather, the late singer/songwriter/guitarist R.L. Burnside whom Cedric famously played with, just as his own father, drummer Calvin Jackson, did.  Cedric was literally born to the blues, more specifically, the “rhythmically unorthodox” Hill country variant which emerged from Mississippi, where he grew up surrounded (and influenced) by Junior Kimbrough, Jessie May Hemphill and Otha Turner, as well as delta musicians T-Model Ford and Paul “Wine” Jones.

Grammy-nominated in 2015 for Best Blues Album for the Cedric Burnside Project’s Descendants of Hill Country, as well as the recipient of the Blues Music Awards honor as Drummer of the Year for four consecutive years, Cedric’s latest album offers a showcase for his electric and acoustic guitar, recording 26 tracks in just two days with drummer/slide guitarist Brian Jay in the latter’s Brooklyn home studio in a rush of creativity. It’s his first release for Single Lock Records, the Florence, Alabama label headquartered across the Tennessee River from the legendary Muscle Shoals Sound Studio and responsible for critically acclaimed records by John Paul White, Nicole Atkins, Dylan LeBlanc and St. Paul & the Broken Bones.