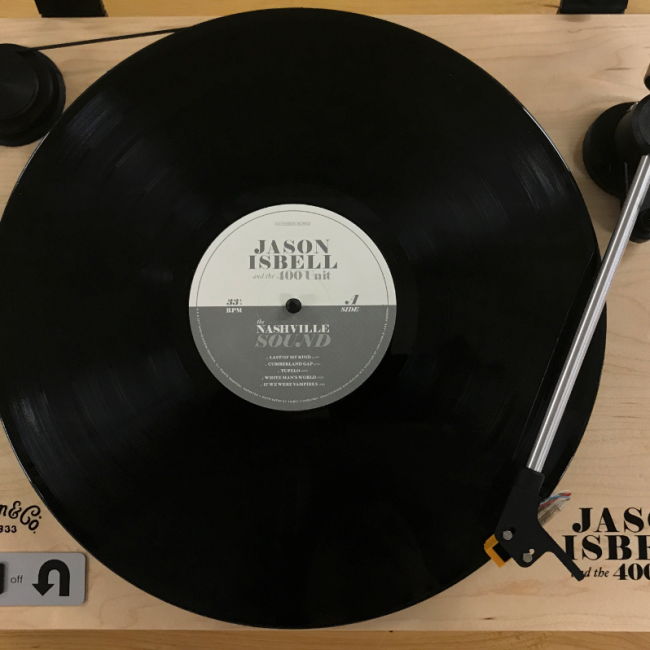 Friday, June 16th sees the release of Jason Isbell’s new record, The Nashville Sound, and the first new Fleet Foxes record since 2011! To celebrate we’re going to play both records in the shop when we open on Friday at 10 a.m. We’ll also be giving away some free stuff with the purchase of either record…you can even enter to win an amazing Jason Isbell-themed turntable from U-Turn Audio (this thing is fancy!).

Heartbreak Coffee and Donuts will be here to help us celebrate starting at 10 a.m. with breakfast! If you’re lucky we may even buy you a cup of coffee 😉

We’d also like to make note of the new record from Malian band, Songhoy Blues, that drops on Friday via Fat Possum Records. We think it’s a special record and is easily one of the best new releases of the year. We’ll have copies of the super-limited, colored vinyl version (only 300 made!) in stock! So, pick that one up while you’re here and catch them live at Proud Larry’s later this year.

here’s the turntable we’re giving away: