Our ROTM pick for July is… 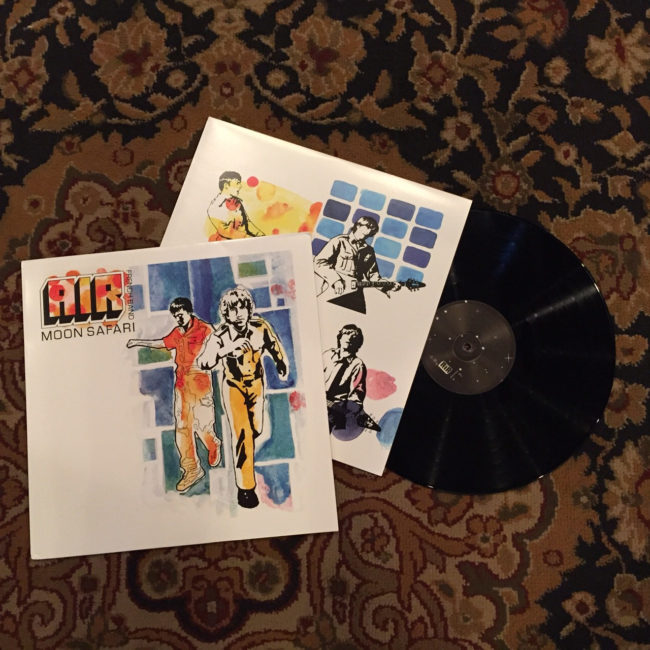 Arguably AIR’s best record and the one that started it all, Moon Safari, is the final record to be released in the recent vinyl reissue campaign of AIR’s entire catalog.  It’s also our July Record of the Month Club pick!  Moon Safari was the French duo’s debut album–released in 1998–and really set the tone for all of their albums after.  Moon Safari caught the attention of film director Soffia Coppola and she later tapped AIR for the excellent soundtrack to her debut film,The Virgin Suicides (also reissued last month on vinyl!) The record has been reissued on 180 gram black vinyl and sounds fantastic!

All of our Record of the Month Club (and only ROTM Club members) will be entered to win a full set of AIR vinyl reissues! Yep! That’s all the AIR records…that’s over $125 worth of records! We’ll also pick another winner (again…only ROTM Club members are eligible to win!) for a deluxe CD version of The Virgin Suicides soundtrack as well as a copy of the Record Store Day Virgin Suicides 7″ single!