Don't Give Up On Love 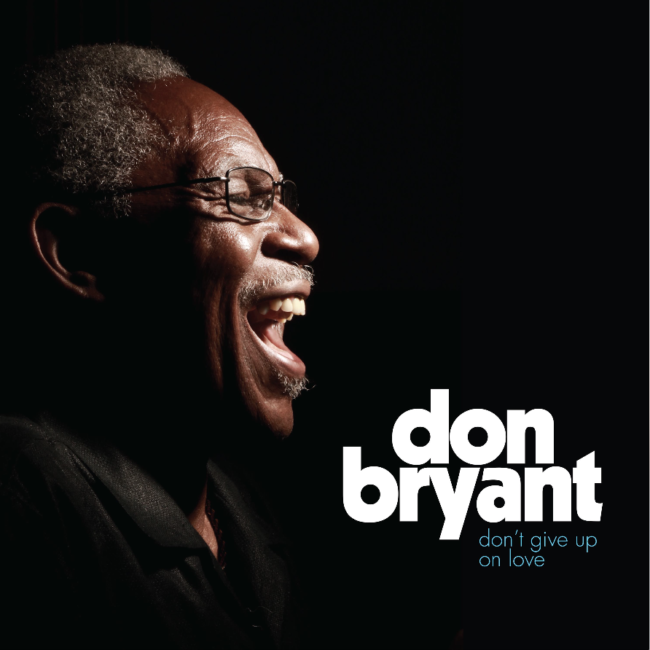 Best known as a staff songwriter under Willie Mitchell at Hi Records and as the husband of Hi star Ann Peebles, Don Bryant is also a fine, under-appreciated singer in his own right, having penned “I Can’t Stand the Rain,” for Peebles. Precious Soul is one of our all-time-favorite soul records…a Memphis classic that deserves a spot next to any of Otis Redding’s, Al Green’s, or Aretha’s records.

More than 40 years after penning his biggest hit, Don Bryant is back in the game. Bryant — who sang in a gospel quartet before linking up with R&B bandleader Willie Mitchell and becoming a go-to songwriter at Memphis’ Hi Records — might be best known for writing the 1973 slow-cooker “I Can’t Stand The Rain” with singer Ann Peebles, whom he married shortly afterward. Now, at 74, he’s preparing to release a new album of original songs, Don’t Give Up On Love.

See a video for the first single off the new record over at NPR.

Peebles came to the studio to provide feedback as her husband worked on the new album. “That was very uplifting,” he says. “Whatever she offers as far as the songs are concerned, as far as how maybe I could try it this way or that way, I listen. She still has it.”

Her advice must have been useful on “It Was Jealousy,” a glowingly downhearted ballad that Bryant wrote for Peebles’ 1975 album Tellin’ It. This may be the pinnacle of Don’t Give Up on Love: Bryant demonstrates the full extent of his range, stretching from low, scratchy entreaties to wordless falsetto, as the band articulates delicate, languid soul behind him. “That one has always been my favorite,” Bryant says. “Otis Clay did it. Ann did it. And now, I have a chance to do it.”