The Frogs “1st” album is coming! 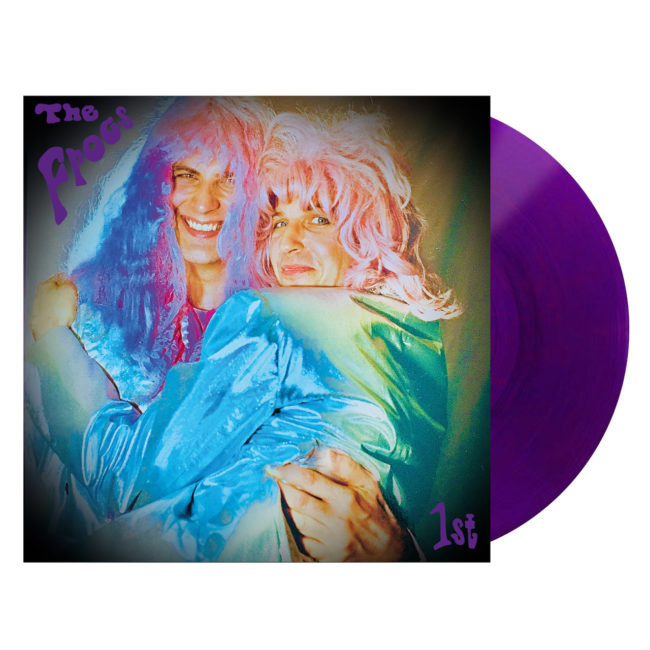 After the success of the It’s Only Right and Natural 30th anniversary reissue last year, we are pleased to announce the release of the very “1st” Frogs album via The End of All Music record label.

Preorder the purple vinyl version of The Frogs “1st” now. Snag a copy of the record before the release date at an upcoming show during the February tour with Jimmy Flemion and Evan Dando! (Tour dates here)

Available at your favorite local record shop on April 3, 2020.

The Frogs Re-emerge in 2020 with Unreleased “1st” Album

More than a vast departure from The Frogs previous works, it’s an arrival at the beginning. It’s the “1st” original debut album. Recorded within the realms of time stamped January 1986, presents 12 songs & 8 unreleased bonus tracks. Understanding correctly, “1st” aka “Pat’s Session” was intended to be the initial release by brothers Dennis & Jimmy Flemion prior to “The Frogs” 1988 self-titled debut. Minneapolis based Twin/Tone Records (Soul Asylum, The Replacements label at the time) approached The Frogs & expressed fawning interest, extending an invitation to record the band after their 1985, 7th Street Entry live performance (First Avenue’s sister club).

It was at this point, the famous fork in the road, where The Frogs opted to record closer to home, thus the path deviated a few weeks later to Nexus Recording Studio in Waukesha, Wisconsin. 12 rapid fire songs emerged & were captured on reel to reel, one night, recorded live, first take, no overdubs. Upon playback review, the late Dennis Flemion (d.7/7/2012), opted not to release due to the overabundance of reverb. Throughout the years the discussion would persist from other sources on pursuing to fix the reverb on “1st”. Thirty-two years later, in 2018 Jimmy would take the recordings to a Portland, Oregon recording studio to remaster. The studio engineer successfully cleaned-up & removed the excess reverb. As a result, David Swider from End of All Music Records, expressed further interest in a follow up to the 2019, 30th Anniversary reissue “It’s Only Right And Natural”.

The vibrant album is just as relevant today, as it was 34 years ago. Rocking, straight ahead electric guitar, drums & bass coming right at you, tight in control & at times out of control. The music is melodic, raw, beckoning, smothered in darkness, occasionally flickering lights liven up the festivities. Goth, maybe pop, perhaps punk, reimagining journeys & paths gone awry. You will find yourself one way or another, in a maze of mystery & in the midst of swampy waters, kings, businessmen, Christians, volcano gods, gurus & dungeons. Life & death, hope & darkness, the songs that took their form between the span of 1982-85, give a glimpse into the psyche of the then 20 something brothers. It’s the duality The Frogs take to heart lyrically & musically that always keep you wondering & guessing, seeing it from all sides with colorful eyes.

**record will be available at these shows before release date