The ROTM for March is… 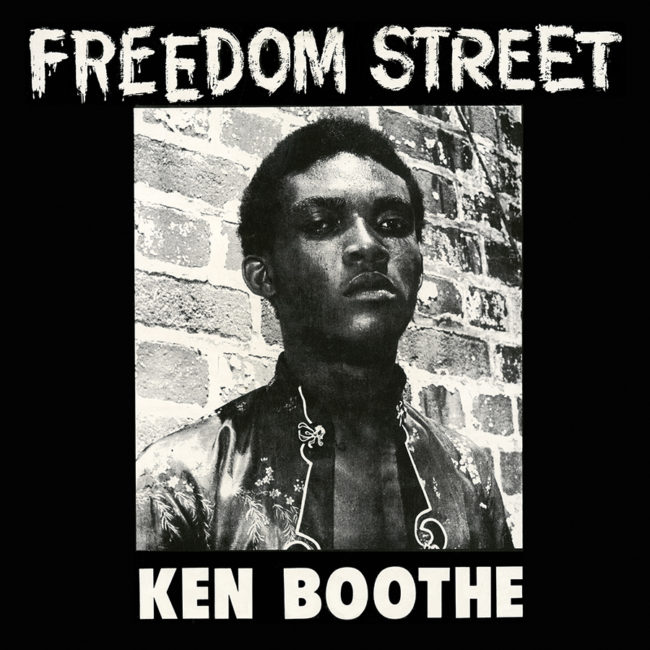 This is our first venture into the world of Jamaican music for our Record of the Month Club. And Mr. Ken Boothe will not disappoint.

Ken Boothe was the most soulful singer of the rocksteady era, often likened to a Jamaican Wilson Pickett, and his mid-‘60s recordings for Clement “Coxsone” Dodd’s Studio One label were and are among the genre’s most coveted sides. In 1970, he moved to Leslie Kong’s Beverley’s imprint for this album, which continued his string of hits with the songs “Why Baby Why,” “Now I Know,” and the title tune, “Freedom Street.” The record has been remastered, which means this landmark reggae/rocksteady release sounds better than it ever has, AND it’s pressed on grey “asphalt” vinyl in an edition limited to 700 copies!

Club members will get a copy of the record and a little something extra from the label.

These will ship out, or be ready for pick up, on Friday, March 9th.

A little more on the Rocksteady movement in Jamaican music…

Rocksteady originated in Jamaica around 1966–before Reggae and after Ska. The term rocksteady comes from a popular (slower) dance style mentioned in the Alton Ellis song ‘Rocksteady’ that matched the new sound. Some rocksteady songs became hits outside Jamaica, as with ska, helping to secure the international base reggae music has today.

Hit up the Rocksteady wikipedia page to nerd out a little more.