Is It Because I'm Black 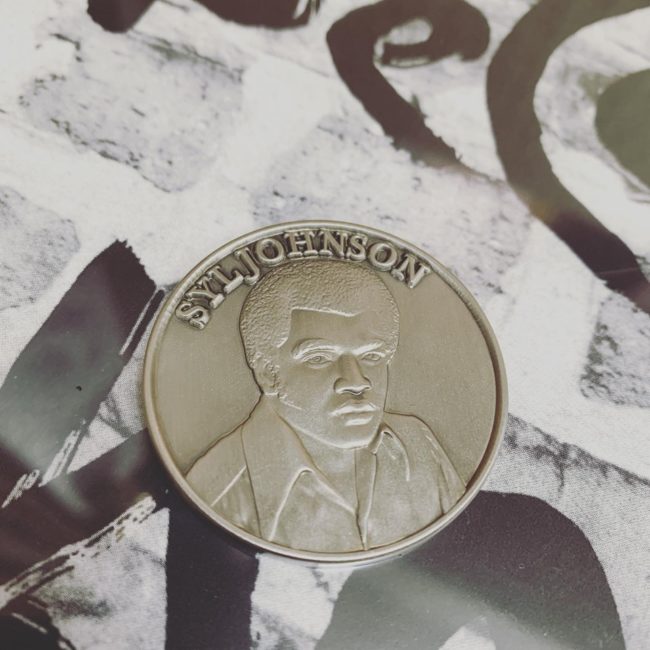 “After Martin Luther King got killed, I wanted to write a song” – Syl Johnson

This month’s pick for our Record of the Month Club is the second album from soul legend Syl Johnson, Is It Because I’m Black. Syl was born just up the road from Oxford in Holly Springs, MS. He’s the self-proclaimed “most sampled artist of all time.” Numero Group has lovingly reissued many of Syl’s early records on Twinight Records–a soul label based in Chicago in the mid-1960s. This release of Is It Because I’m Black celebrates the 50th anniversary of the album’s original release in September of 1969.

Record of the Month Club members will receive a copy of the album pressed to 180g vinyl as well as a Syl Johnson commemorative coin. Sign up now to receive this record! We’re sending them out shortly.

The groundbreaking black concept LP Is It Because I’m Black was released a full 13 months before Marvin Gaye asked What’s Going On? Rumbling hard past any notion of a sophomore jinx, Syl delivered a bracing, inspiring, and politically charged R&B document.

Ten years into his role as poster boy for pop soul and peak-hour R&B, Syl Johnson did an unlikely about-face and cut his most inspiring and powerful album. The title track, coupled with the politically charged “I’m Talking About Freedom” and ghetto conscious “Concrete Reservation” sealed the album’s political bonafides. “Right On,” “Together Forever,” “Come Together,” and “Black Balloons” are positively uplifting, forming their own pot of gold at the end of a grayscale rainbow.

Fifty years later, Is It Because I’m Black is still as relevant as the day of it’s release. No liner notes. No extra tracks. Just the greatest Black concept album of all time.

“That was a college record. Black college kids. They’re political. But these kind of records tend to hurt you a bit. You’ve got white people, and then you’ve got white liberals. But you’ve got white people who care nothing about you talking about being black. They say ‘Why shouldn’t I sing “Is It Because I’m White”?’ They just don’t care for it. Not that they hate it, but they’re not going to pay five or six dollars to buy an album of it.”
The album’s cover didn’t exactly move units either. Photographer Jerry Griffith dragged Syl to a burned-out building on 43rd Street to shoot the back cover image, and he finger-painted the iconic title over a stock photo of an eroding brick wall. The title track, coupled with the politically charged “I’m Talking About Freedom” and ghetto conscious “Concrete Reservation” sealed the album’s cool reception as the work of an “angry black man.” Which is unfortunate, as “Together Forever,” “Come Together,” and “Black Balloons” are positively uplifting, forming their own pot of gold at the end of a grayscale rainbow. The album’s closer burns the brightest. “Right On” devolves into a full-on party track, ending with Syl riffing on the line “I’m gonna keep on doing my thing,” as if to answer his critics before their needles reached the run-out groove.

“The ‘lost’ voice that cut the deepest, burned the hardest, and kept the best pace with the hall-of-famers.” – author Jonathan Lethem