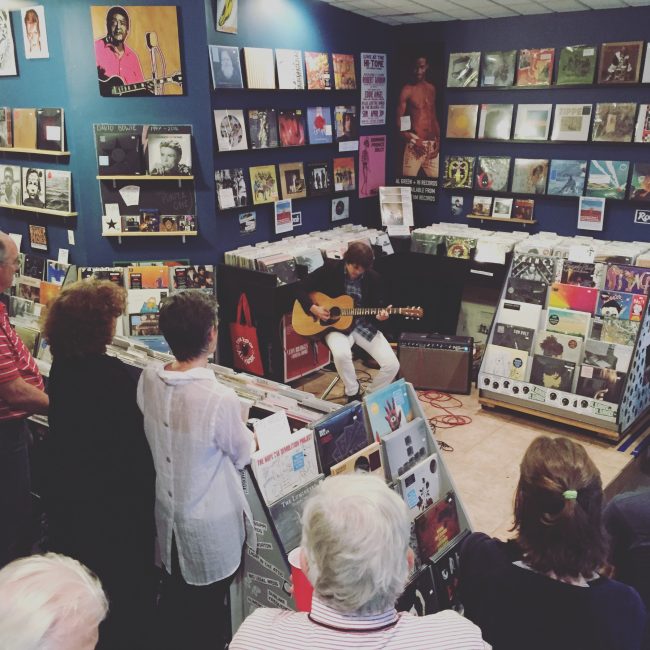 William Tyler has contributed a short essay about his contribution to our Southern Poverty Law Center benefit record over on the Oxford American website. Head there to read the essay and stream the track, “Venus and Aquarius,” which Tyler wrote for the project.

We still have copies of the benefit record available here, but they’re going fast, so snag one while you can.

The photos featured in this post were taken at William Tyler’s record release party held at our shop last year for his latest record, Modern Country, which is out now on Merge Records.