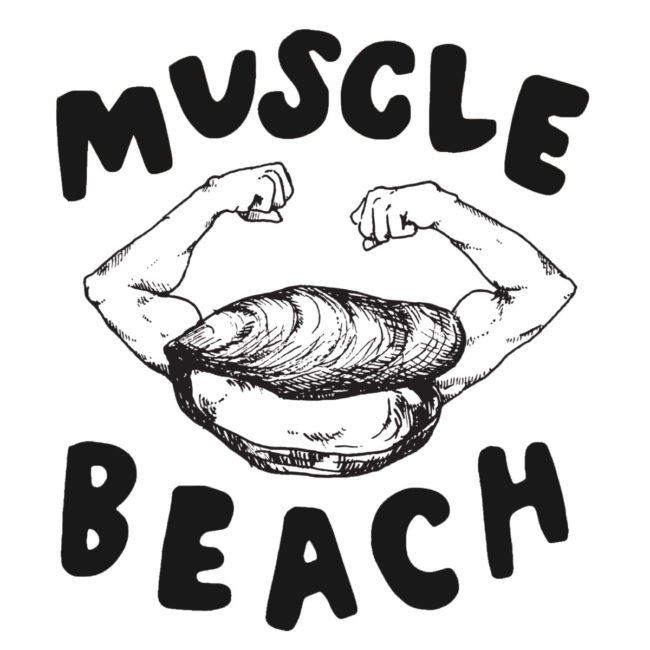 We’re pairing up with local label and buddies, Muscle Beach, to release a limited-edition, compilation cassette and koozie combo for Record Store Day on April 22nd! The tape is over 20 songs full of Muscle Beach goodness featuring previously released tracks on the A-side and all-new, unreleased material on the B-side. It’s a “greatest hits” of sorts from the past and the future with your favorite artists like Starman Jr., Casey Golden, Harry Permezel, Swear Tapes, Slow Loris, Nadir Bliss, Ryan Pierce (he built our record racks!), Graham, Him Horrison, BONUS, Killer Dale, and more! The cassette features new artwork by J. Burwell and was mastered by Clay Jones at Pete’s Room in Oxford. The tape will also be served up with a can koozie so you can sip in style while jamming your boombox.

This release is limited to 100 copies and will be available exclusively in the shop on Record Store Day starting at 10 a.m.

In conjunction with the release we’ll also be hosting a Muscle Beach Showcase at the record store all afternoon on Record Store Day. So come early to buy the tape (and other RSD swag) then stay late for live music…for free.