The End of All Music + Fat Possum Records exclusive pressing 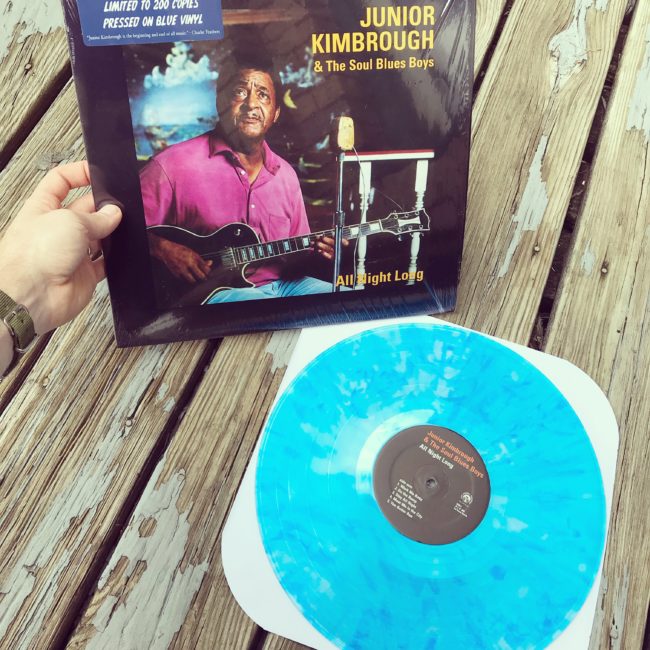 We’ve teamed up with Oxford-based record label Fat Possum Records—and good pals to the record store—to press up a limited, blue-vinyl version of Junior Kimbrough’s album, All Night Long. This is a special record to us as Junior is the shop’s namesake pulled from the Charlie Feather’s quote on Junior’s gravestone; “Junior Kimbrough is the beginning and end of all music.”

Many folks in Oxford know Junior and his music well. All Night Long and Junior’s Juke Joint put North Mississippi on the map for its unique style of blues music while also solidifying Fat Possum’s reputation for releasing the best blues records of the second half of the 20th century. The record is truly a Hill Country Blues Classic. It’s legendary.

Our goal with this exclusive version is to introduce Junior’s music to our customers and in many cases to re-introduce hill country blues fans to this genre-defining album—while also presenting a unique package for such an important record.

We’re excited to be partnering with Fat Possum Records on this project. The blue-vinyl exclusive of All Night Long is limited to 200 copies and available only at The End of All Music in Oxford, Mississippi and in our online shop.