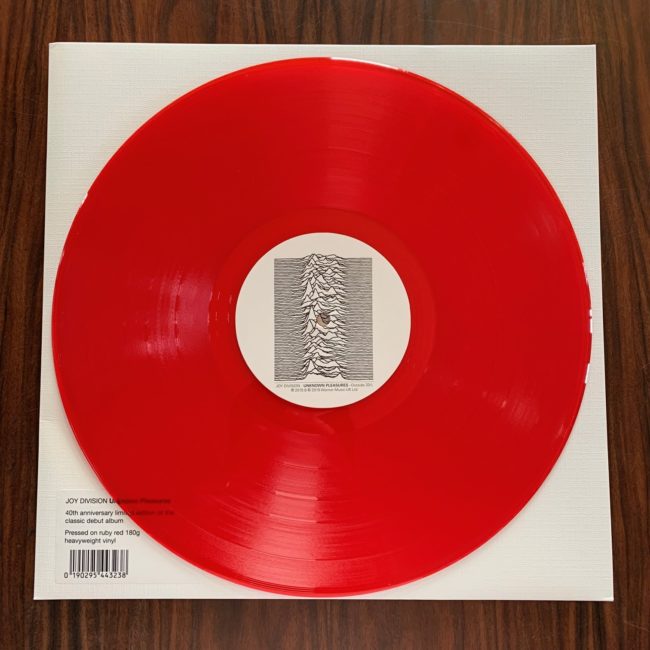 Joy Division’s debut album Unknown Pleasures turns 40 this year and we’ve selected it for our Record of the Month Club. The album was originally released on June 15, 1979.

Record of the Month Club Members will be getting the album pressed on ruby-red, heavyweight vinyl. The albums famous artwork by Peter Saville has been inverted for this 40th anniversary version. The cover art is printed on textured stock–looks, feels, and sounds amazing.

Read a full story on the famous album artwork over at Rolling Stone magazine.

“All visceral, all emotional, all theatrical, all perfect—one of the best albums ever.” -All Music

Pitchfork Media gave the album a perfect 10 in 2007 stating: “Simply put, the group’s debut full-length Unknown Pleasures, released in 1979, sounds like little that came before it. At its most familiar, it vaguely approximates the cold claustrophobia of Iggy’s The Idiot or David Bowie’s Low, but from the first notes of “Disorder” on, the music is almost as alien as its iconic cover art.”